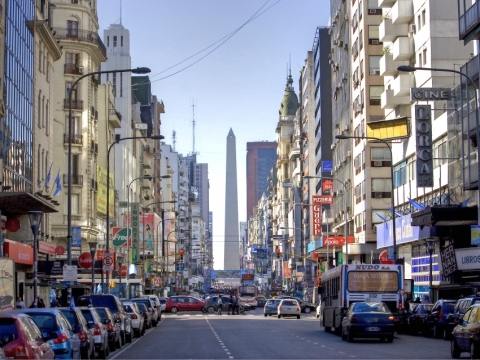 This avenue used to be the centre of Porteño nightlife and it still retains the original bohemian amibiance immortalized in popular lore. In the 1930s it was widened and numerous cinemas, theatres, and restaurants quickly lined its sidewalks. Antique, rare and used bookstores are clustered here as well, interspersed with the traditional Porteño cafés. Exchange houses are easily located along this avenue for the many tourists who flock here. The Obelisco (Obelisk) and this famous avenue, constitute the city's icons, and the typical picture postcard view of Buenos Aires. 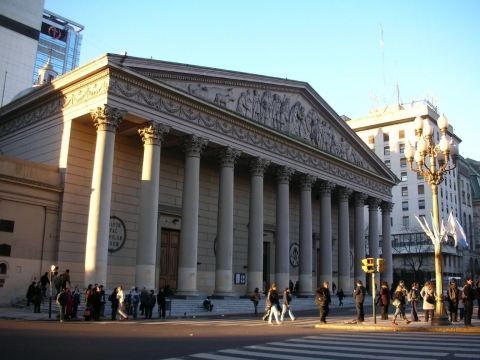 The Buenos Aires Metropolitan Cathedral faces the historic city center Plaza de Mayo and is one of the most significant churches in Buenos Aires. This Catholic cathedral was finished in 1862 when the facade and the Corinthian columns at the entrance were completed. A mix of various architectural styles like Neo-Baroque and Neo-Renaissance are evident here. Its renaissance elements include the tiled dome and the architectural floor plan of a Latin cross, comprised of three naves. The Baroque altar made in the Rococo style is an opulent relic of history. Frescoes and paintings depicting scenes from the Bible are some of the sights which cannot be missed. The remains of the Great Liberator General José de San Martín rest in a guarded mausoleum, flanked by three statues representing Liberty, Commerce and Labour along with seals of the nation's neighboring countries of Chile and Peru. Completed in 1783, this church housed the Natural History Museum and astronomic observatory under President Rivadavia. In 1835, the dictator Juan Manuel de Rosas repatriated the Dominican friars and in 1856 the second tower was built. An atrium houses the Mausoleum of General Manuel Belgrano, the creator of the Argentine flag, who was born and spent most of his life in Buenos Aires. This work by Hector Ximenez has a large base of red granite with two bas-reliefs representing the presentation of the Flag and the Battle of Tucuman. 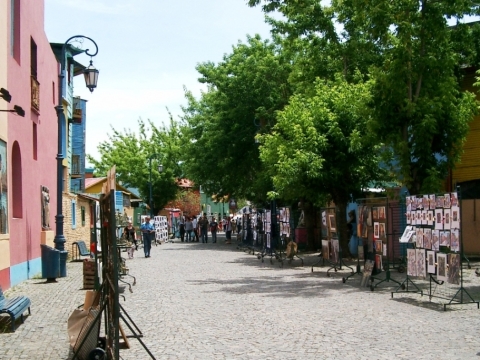 Originally inhabited by Italian immigrants from Genoa, the neighborhood of La Boca is home to the colorful Caminito, a street museum. The term Caminito means a walkway or a little path, and suggestive of its meaning, this area is a little walkway painted with bright colors by the famous Argentinian artist Benito Quinquela Martin. The appealing Caminito also showcases paintings and exhibitions by various street artists, markets with handicrafts, street performers and lots more. Caminito should definitely be on your must-visit list to Buenos Aires. 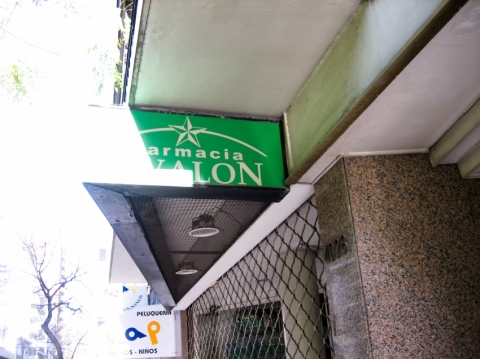 This pharmacy is more traditional in the sense that they carry mostly medicine, and does not bother with beauty products or perfumes (like many other pharmacies). Here, you will find everyday medicines, such as ibuprofen and cold medicine, as well as most prescription medicines you might need. They also carry some herbal remedies. 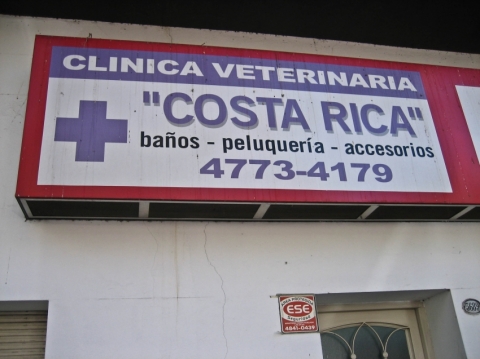 Clinica Veterinaria Costa Rica is a small veterinarian clinic, as well as a basic pet store. You can drop your pet off for checkups and basic shots. Appointments are recommended for any veterinary need, but are not always necessary. The pet store is not too big, but it is well stocked with a variety of dog, cat and bird food. You can also find your basic supplies, such as clean-up bags, toys and treats. The only downside to this small shop is they follow siesta hours, so you cannot visit during the middle of the day. - Rease Kirchner