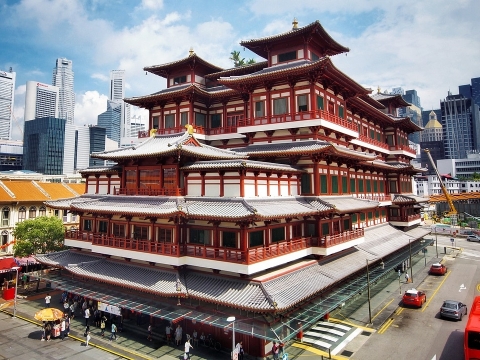 A towering, scarlet canopy of magnificence and might, this grand Buddhist temple inhabits the very heart of Chinatown. Constructed to enshrine the tooth relic of Buddha, this temple is considered to be one of the most sacred places in the whole of the country. The temple is awash in an ornate, resplendent architectural style unique to the Tang dynasty, and is complete with five elaborate floors bearing a library, a traditional tea house and a museum bearing stirring Buddhist art from across Asia. Boasting a tapestry of gilded ornamentation, vibrant sculptures of deities and a glorious altar, the temple is a breathing, heaving canopy representing a profound sense of religious fervor and the finer nuances of a culture which is alive and thriving, even after hundreds of years. With its roots deeply entrenched in the philosophy of Buddhist Mandala, this iconic temple reverberates with the eternal teachings of Buddha. 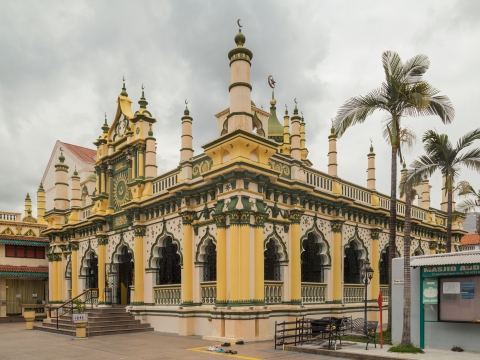 The first building of the Masjid Abdul Gaffoor was a simple wooden affair, constructed by Indian Muslims living nearby in the 1800s. It was named after its founder, a South Indian lawyer's clerk named Shaik Abdul Gafoor Shaik Hyder. The present building was completed in 1910, exhibiting a fascinating blend of Arab and Victorian architecture. Take time to study the framed family tree near the prayer area which traces the common lineage of Christians and Muslims. The mosque was officially announced as a national monument in 1979. 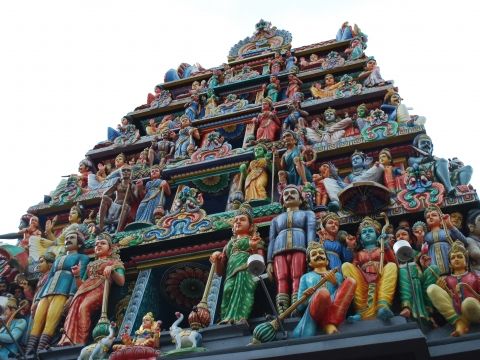 Said to be Singapore's oldest Hindu temple, Sri Mariamman Temple stands gloriously under a resplendent gopuram which bears elaborately crafted Hindu deities. Nestled amid the cultural cacophony of Chinatown, this temple is a magnificent canopy of color and culture. Initially a structure made from wood and attap, the temple bears the finer nuances of the ancient Dravidian architectural style. Built in 1827, the temple has braved many ravages of time, and was rebuilt with brick and plaster in 1843. Guarded by a doorway framed with banana fronds, the temple is replete with many structural nooks and corners, housing an auditorium which is let for events, meetings and functions. Dedicated to the Hindu goddess Mariamman, the goddess revered for her ability to cure epidemic illnesses. The temple is the ground of the annual the Thimithi Festival, a fire-walking ceremony when devotees perform penance by walking on a bed of burning coal, and emerge unhurt. Complete with ornamented dome roofs, frescoes, a magnificent mandala illustration and shrines sheltering Hindu deities, the temple is as much steeped in social history as it is in religious importance. Sri Mariamman Temple is not just cloaked in the profundity of Hinduism, but is also a moving locus of ancient cultures and social benevolence. 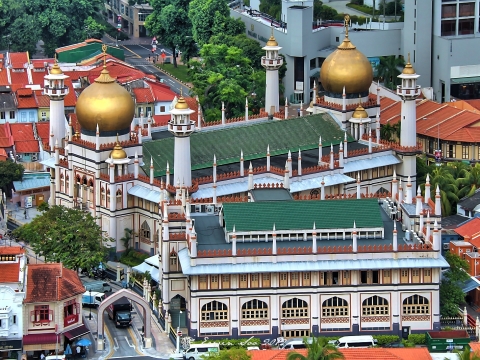 Named after the first Sultan of Singapore, the imposing structure that is the Sultan Mosque was built with a SGD3,000 grant from the East India Company. This is the largest mosque in Singapore and the present building was constructed in 1928. With its massive gold-topped dome and spacious prayer hall, the mosque has one particularly interesting feature; the base of the dome is made up of glass bottles. In the evenings, residents gather at the garden to enjoy the cool breezes and let the hassles of the day slip away. 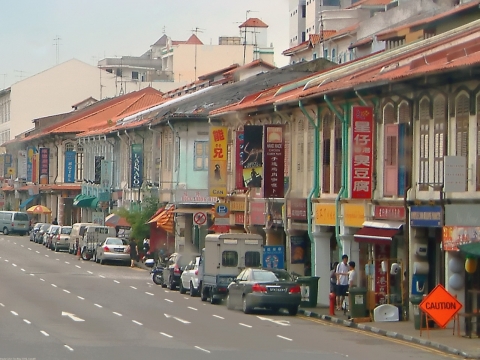 After the British dispersed the Malay floating village at the mouth of the Singapore River in the 1840s, they settled in Geylang Serai, retaining a strong Malay identity right up to this very day. Here lies the home of Singapore's best Malay trades and food, with casual and inexpensive eateries and quaint shops selling traditional wares dotting the district. Other highlights are the Geylang Serai Market and the Haig Road Hawker Centre. For good bargains in a more modern atmosphere, check out the outstanding array of textiles at the Joo Chiat Complex and Tanjong Katong Complex. 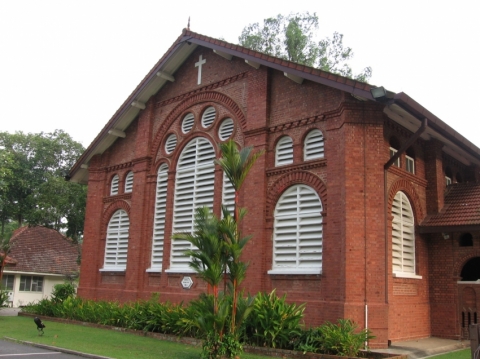 Catering to the spiritual needs of soldiers at Tanglin Barracks, this Anglican church was a comfort and solace for many. However, during World War II, it was used as an ammunition dump. When the British troops completed their withdrawal from Singapore in 1971, St. George's began a new phase in her existence, as a civilian church. Owing to the varied nature of the congregation, the church holds two Sunday services which is a traditionally Anglican one, and another that is more contemporary.